If you’re anything like me, you’re absolutely terrified of receiving feedback. Feedback from a boss, coworker, or mentor can be scary, because it often points out your weaknesses. But as I’ve matured, I’ve started to think that feedback might not be such a bad thing after all!

If we don’t know our weaknesses, then we can’t improve on them. Let’s face it—nobody’s perfect. Receiving feedback at work doesn’t mean you’ve done anything wrong or that your boss is frustrated with you. It just means there are ways you can grow.

Don’t let fear of your annual review or frustration over well-intentioned criticism lead you to consider reaching out to job recruiters or starting off on your own as an entrepreneur. Instead, follow these tips on how to receive feedback to develop into a more approachable, receptive, and successful employee.

Photo by charlesdeluvio on Unsplash

Learning how to receive feedback well isn’t easy, but it’s important. If you spend the conversation defensive and close-minded, the experience won’t be constructive, it will just make you frustrated.

Do you ever tune out difficult conversations because you’re focusing on what you’re going to say next to defend yourself? Instead of outlining your 12-point plan for why you’re the best employee ever during your annual review, practice active listening while your supervisor reflects on your performance.

What is active listening? It’s the practice of listening and repeating back what you heard. Active listening gives you an opportunity to ask for clarification if your boss is changing up a process or requesting you make a change.

Active listening also gives you a way to participate in the conversation. It’s hard to listen to comment after comment about all that you’ve done wrong. By breaking up your supervisor’s commentary, you can give yourself a moment to process and reflect on their commentary instead of becoming overcome by frustration.

Most of us have a hard time staying calm when receiving negative feedback. But getting defensive just makes you seem unapproachable and unwilling to adapt and grow.

If the feedback is particularly hard to swallow, it’s OK to tell your boss that you’ll need some time to process it. But don’t get angry, make excuses, or point fingers at others. These behaviors show your boss that you don’t trust their opinion and aren’t willing to do what’s best for the team.

Be Open to New Ideas

Is there anything you’re absolutely perfect at? If I’m being honest…I can’t think of any area of my life that doesn’t have room to grow. That’s because I have built a growth mindset.

People with a growth mindset know that Rome wasn’t built in a day. They realize that in order to achieve goals, they will probably make some mistakes along the way. And they don’t beat themselves up for errors—instead, they use them as learning experiences.

Having a growth mindset at work means realizing that new ideas are valuable, not threatening. After all, trying something new doesn’t mean the old process was wrong. Maybe a fresh set of eyes on a project can point out some inefficiencies. Maybe you need to have more meetings (or fewer!).

Whatever the idea is, really think it through before responding. “But we’ve always done it this way,” isn’t a good reason not to try. Who knows, you might come to really love the new way of doing things! 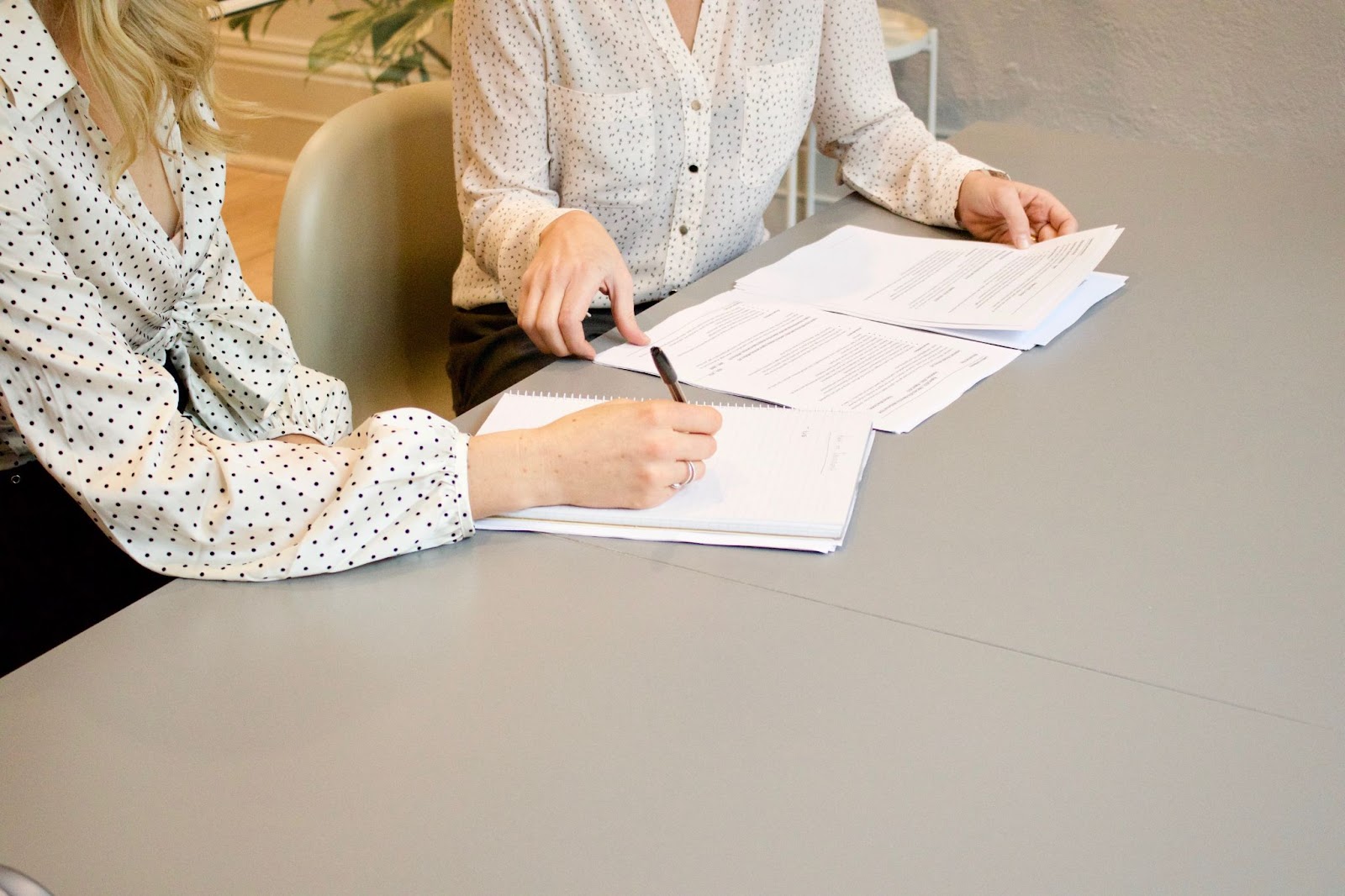 Photo by Gabrielle Henderson on Unsplash

In the heat of the moment, you might want to respond immediately—and defensively!—to feedback. Instead, ask your superior for time to reflect before providing a response. This will give you time to cool off and think more rationally about the feedback you’ve received, helping you to view it as effective feedback rather than negative.

After your annual review, you probably don’t want to think about it again for at least another year. But instead of moving on and trying to forget it, make changes and follow up on them with your boss.

Not only does this create an opportunity for you to receive positive feedback (because who doesn’t love being told they’re doing awesome?), but it shows your boss you’re receptive to constructive feedback and willing to be a team player.

If your work doesn’t automatically provide opportunities for feedback, like annual reviews, then consider asking for it yourself. Just because your boss doesn’t give you feedback doesn’t mean you’re doing everything perfectly. Receiving constructive feedback helps you identify growth areas and become better at your job.

Would you rather listen to a year’s worth of constructive criticism, or a month’s worth? While it’s tempting to put it off for a year, receiving feedback regularly (whether weekly, monthly, or quarterly) helps you adapt and improve throughout the year. It also can help you identify minor mistakes or misunderstandings before they cause major problems.

It’s definitely less intimidating to ask your coworker—who’s also your best friend and your carpool buddy—for feedback instead of your boss. But consider whose opinion is the most valuable. For interpersonal issues at work, maybe your coworker/best friend is the best person to ask. But for specifics about your job performance, it’s probably better to talk to a superior.

Photo by Christina @ wocintechchat.com on Unsplash

Accept Constructive Criticism and Move On

Repeat after me: My performance at work does not define me. Read that again. Even if you get negative feedback at work, here’s what your boss isn’t saying: They don’t like you, they don’t trust you, or they don’t believe in you. Nope! Feedback is professional development—that’s it.

Receiving feedback gracefully is hard. But it’s worth learning, for the benefit of your company and yourself. Feedback helps you mature in your role at work, and it improves your skills so you can better support your team. Over time, feedback can help you to feel more confident and capable at work—a win/win in my book!

Next time you’re stepping into the corner office for your annual review, take a deep breath and enter with a smile. You’re going to leave that office with new knowledge that will help you improve and grow. Now go get it!